Your Case is the Parks
Law Firm's Cause
Contact Me Now For a Free Consultation
Home
Attorney Profile
Clyde R. Parks 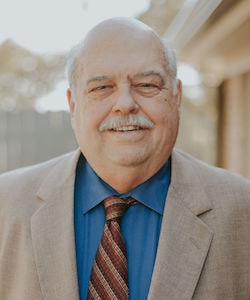 Clyde R. Parks is a graduate of Texas Tech University and received his Juris Doctorate degree at the St. Mary's School of Law. Post law school, Mr. Parks started his postgraduate Master of Law program. Mr. Parks was 'one of ten' estate planning specialists with Aetna - Hartford. In addition, Mr. Parks owned a securities company and a gas/oil company. Mr. Parks then went on to a forty-four-year legal career after being licensed by the Supreme Court of Texas in September of 1973. In the late, 70s Mr. Parks formed the first of legal clinics in Texas (multiple cities), delivering affordable legal services to the community and the elderly. Mr. Parks' legal areas of practice include Personal Injury Law, Gas and Oil Law, Tax Law and Bankruptcy Law. Moving forward to 2009, Mr. Parks was the sole Care Provider for his beloved wife who passed away in February of 2016. Mr. Parks started The Parks Law Firm PC in October 2016 and moved the practice from Grapevine, Texas to Hurst, Texas.

"No personal expense" or "no out of pocket fees" is how Mr. Parks handles his clients at The Parks Law Firm. Not only will clients have all their medical bills paid and a settlement distributed, they will also have their property damage addressed. The Parks Law Firm employs a substantial paralegal and administrative teams.

Languages
Contact Me
Practice Areas
Client Reviews*
★★★★★
Got referred and all I can say is wow. From start to finish this Law Firm is the best. Case went smoothly and was everything I imagined. I settled less than a week ago. From the sweet lady answering the calls to my case worker. To the end when I met with John. Very professional and I already referred 2 people here. I never leave reviews but this review I had to make and let people know. Parks Law Firm is the Way to Go!!! Maria Hernandez
★★★★★
I highly recommend this law firm for personal injury and car accidents! I have referred them several clients, and in the end they are always very happy with their outcome. In my experience they seem to get better settlements than most firms. David Long
★★★★★
Overall it was an amazing experience. The first attorney I had wasn’t being compliant with me, they had my case for a year and did nothing but as soon as I withdrew and switched over with Parks law firm I was getting instant results and got my settlement within 3 months of them taking my case. The LOP department was amazing and helped me all the way to the women making my demand. God forbid but if I do happen to get into another accident, then parks law firm will be my go to. Leslie Reyna
View More
Submit a Law Firm Client Review